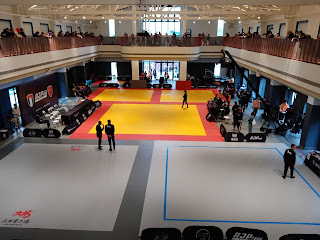 I woke up quite early today, 3:00 am, due to a livid nightmare where I fell through some ice into a lake or something. That caused me to wake up launching forward from my bed. Besides that, I think today will be quite relaxing.

Yesterday, I spent my day watching a Brazilian Jiu Jitsu competition. APJ Tour CHINA. It was interesting to see so many people competing. Especially during this "corona virus time". The only tournament I've been to has been a small Judo competition in California, this one was way bigger and more professional. It was cool to see my girlfriend compete in her weight range but she ended up losing by tapping out to a choke hold. 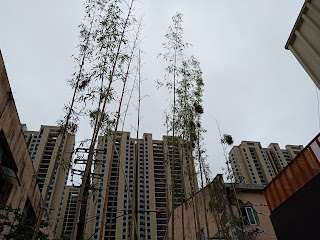 It took an hour and a half to get to the tournament. We arrived at 9 am and were there until the afternoon. By the time we got home we were both exhausted. I managed to make some nice Chinese food consisting of some okay pan fried noodles with a side of sour hot shredded carrots. Then, I clocked out early. Falling asleep around 6-7pm.

Not sure what this Sunday will bring. Maybe watching some Kill Bill.

Hope you're having a good weekend!