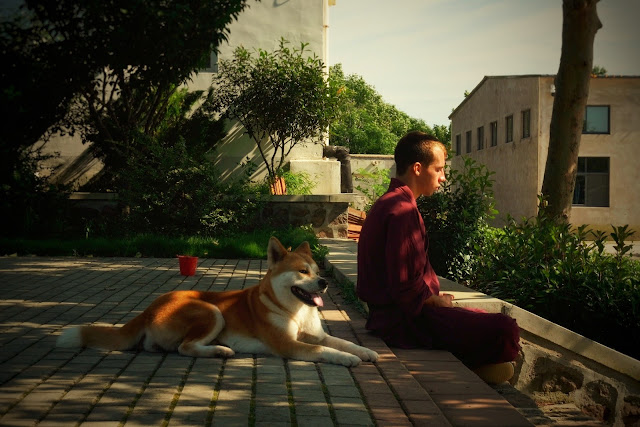 As we all get ready for our journey to Shanghai I'm sitting back reflecting on the week. It has been a good week. Lots of delicious food was eaten, a new student was met, an injury has healed, and a couple new forms learned. The injury was this week's "challenge" as I had to force myself to step back, watch, and learn. It was just a different way to learn new things. Instead of watching and doing I just had to watch and remember. Master Peng taught me an extended version of Continuous Fist and a longer version of Plum Blossom Broadsword form but due to my limited training ability, I mostly had visualize the moves in my head. Same with JD teaching me some weight lifting exercises to improve my terribly weak triceps. I could do a single set but after that just had to rest and remember the exercises.

Meditation was where I did a lot of this visualizing. Normally, I would try to focus on the flower like Master Ning taught or just try to think of nothing but since these haven't helped me in a while I decided to try something different. I thought about me doing the forms that I was unable to do, thought about what uniform I was wearing, what my hands had to do, what my feet had to do, and more. It was interesting how in a shorter meditation I gained quite a calm/clear headed feeling. This led me to reviewing Ba Duan Jin, also known as Eight Treasures Exercise.

In my time at this Kung Fu School, I think one of the most surprising things is my appreciation for Qi Gong Exercises. These slow, breathing exercises definitely were not of interest to me before but the way that they make you feel after a long week's worth of training is something special. 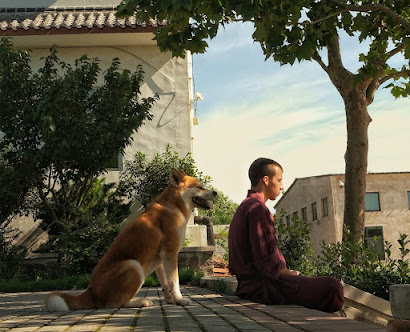 Friday: No Grading and Shanghai

Friday has been a beautiful day of good weather and relaxing training. Power Stretching was rough but worth it as it really let me know my groin has healed. Emmanuel learned more moves for 5 Step Fist while Josh, Matt, and I learned more Rope Dart moves. I expected us to be grading but Master Peng said that there are too few of us actually ready to do grading, instead we had a normal Forms Class. I trained hard on my Rope Dart and Broadsword but my mind too was on Shanghai. Mama Bao, our Aiyi/Cook, had made us a delicious lunch of fried dumplings, Man Tou, fried rice, tofu, veggies, and chicken. Apparently, she was also excited for us to be going to Shanghai.

And now, it is time for me to get ready for Shanghai.

Hope you all have a fun weekend!