Today's training was really good. I woke up with extremely tired thighs from all the jumping and rolling we did. I also woke up early as well which gave me the opportunity to do some morning Yi Jin Jing and review my Baji Quan form. Doing these things so early in the morning helped limber me up for the day's challenges. Basics Class took us through some interesting warmups and then we learned/reviewed traditional combos. Forms Class was where I reviewed the staff form and worked on ironing out a few issues I have with it. Some of the moves are just difficult for me. Then Sanda Class blew by because we practiced two moves for the whole class, a wide hook and the side kick. It was the first time that I actually did okay on a kick!

One thing that was nice about today's training is that Master Peng was full of wisdom. He talked to everyone during Basics about what martial arts was and why we practice it and then with me in forms class he talked about Kung Fu in modern times while throwing in some advice on how to do my moves better. Since he said a lot I kinda just wrote it all down below, its not word for word exact what he said but, since I had to translate it, I remember quite a lot. 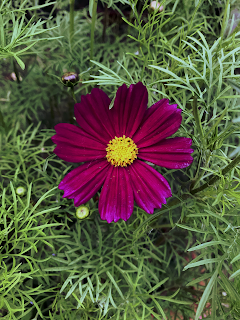 Tradition is good but don't be to rigid. There are many ways to do one thing
(From talking about Qi Xing Quan) This move was used to push the chin and grab/scratch the face. It is a very unique style in Shaolin. Many of the moves come from how they fought in ancient times which isn't anything like we fight now. (Demonstrates a move) Do you know what that move was? No? It was Kicking the opponent, grabbing sand, throwing the sand, and attacking again. Many moves in Shaolin are like this; they target the neck, eyes, groin, legs and arms. In competition and war now, the situation/environment is different. In competition, there are rules and the "battle field" is different. In war, guns are the best weapon to use now. If you couldn't shoot with a gun then the ancient weapons would be the next best choice. In modern times the situation/environment is hardly ever "fair"/suitable to use Kung Fu. Which is why so few do.
(Talking to our Basics Class) Sit. We're going to talk about Kung Fu. 武, This is the symbol for martial arts in Chinese. The first part, 止, means "to stop" while the other part means, "Spear". In ancient times, the Spear was the weapon of war so Wu Shu (武术) really means, "to stop war". This is an important idea that we should remember while practicing. Another thing is why do we still practice Kung Fu? In ancient times you would train up in the mountains for 10 years and then you'd have a skill. It was your job. You could protect people and yourself. Now we train kung fu more like we are studying from a book. The teacher and schools have moves and forms that the students need to learn. Our strength, flexibility, and body improvements are all benefits of our training but that's not why we keep training it. For me, Kung Fu is about Culture. Letting people get a piece of Chinese Culture so that maybe they could think a little differently, not just with their own culture's way of thinking. The Chinese have '4 Great Inventions' like the compass, paper, printing press, and gun powder but any country can make that. The forms and moves that you learn all have culture, the "spirit", and the history with them. This is why its important to keep Wushu "alive".  So, when training don't be thinking about other things. Focus on training. After training you can think about other things.
Your body is your weapon. Not just your fist or your feet. Your arms, knees, legs, head and more.
And that was really how I spent my day. Focused on training for most of it and I stretched for an hour and a half once all of my classes were done. Although stretching with sore/tired muscles is very painful, it helps in the long run. That's what this Kung Fu school really is... one long run.
Hump day is over, what are you all preparing to do?