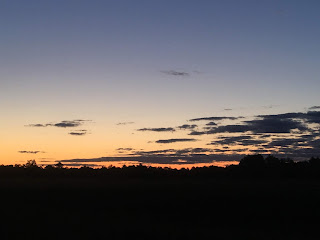 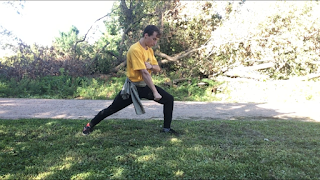 Turn the arm inward and thrust downwards with a punch.

I chose this word for today as the factory that I work at caught on fire yesterday causing us to evacuate.

When reading Thinking Body, Dancing Mind I have come across the chapter for "Centering" oneself during sports, work and life. Prior to that was the chapter on "Focusing" and even though they seem the same idea, they are different. Being focused on something requires you to have a "goal" or end point, something you are trying to accomplish while being centered is about not letting external events effect you and/or your normal habits and routine.


For me, I've been rereading this chapter for a couple days as I've obviously been "off-center" for the past few weeks but the book says that, "... no one can maintain the Beginner's Mind or be centered at all times. Knowing this and acting in accordance with it is, in itself, being centered" (Thinking Body, Dancing Mind, Jerry Lynch, p. 68). Even though I've been off center for the past two weeks I've known I am, which seems to be a good thing as I'm still aware of my surroundings.


This focus and thinking on "centering oneself" has made me thought about if Christianity has anything on centering yourself to faith or God. Where I quickly found this which seems to be more like an eastern meditation but for Christianity! Of course I quickly found its controversial to various church groups but I don't care about that.


Maybe I'll try this method out and see if it not only helps me stay centered but have a better spirit as well.


What do you guys think of this new post layout?