Before I go to Xiamen...

Recently I've been going to MMA class and running 30-40 minutes at the gym. I've been eating well as well as listening to the Red Hot Chili Peppers quite a lot. One thing I did do was I finally went to WARHAMMER when they were open. 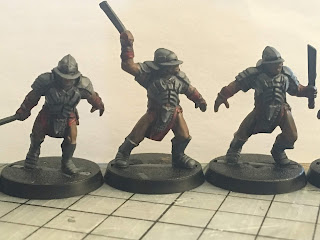 I went there so that I could buy a Chinese version of the Warhammer 40k rulebook but they didn't have them anymore so I looked for some miniatures that my dad wanted to buy for Blood Bowl. They didn't have anything that he wanted either. I saw, out the corner of my eye, some beautiful lookin' Lord of the Rings miniatures that were not there before. I dug through the entire small display seeing what the store had. I was satisfied with three boxes, Uruk Hai, Orcs and (of course) the Fellowship. I told myself, "If this is more than 1000 Yuan I won't buy them." Turns out they were only 750 Yuan so guess who has some nice miniatures? 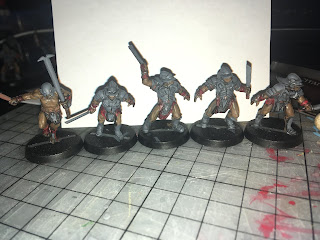 It took me about 3 days to paint these guys fully. The pictures I have posted are when they were 50% done. I'll update with better pictures later of them complete. I still have to paint the Fellowship and the Orcs but this does give me a good starter army for the game if I ever wanted to play. I might go and try to play at the WARHAMMER store because the Chinese guy there was very talkative and helpful. For some reason I don't like the British guys there... I don't know why. 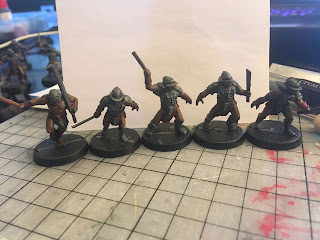 Last post about my birthday I forgot to write about how my friend had given me a birthday gift! She gave me this cool 1:6 scale Sniper Figure. I've bought a lot of things but I've never bought myself a 1:6 figure but now that I have one... I like them. When she gave me the gift I thought it was pretty cool but didn't actually look at it until I had gotten home. This dude is cool and the details on him are great! She also bought me a "puzzle rifle" (that is what the box calls it) which is a 1:6 scale rifle that can be used with the Sniper Figure. My own awesome sniper action figure. You might see future posts of him going on little "adventures". 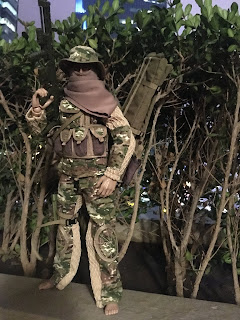 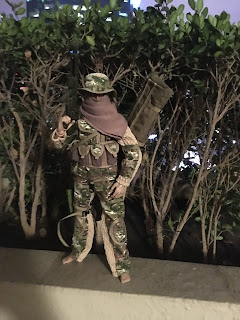 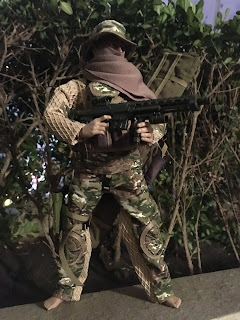 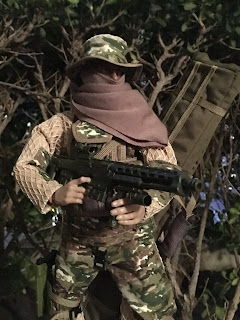 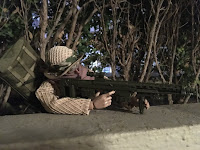 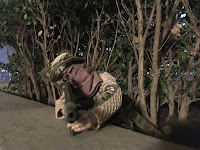 So my week has been going well. I hope your guys' week is going well or better!

What have you all done this week?

"Even when lead astray, you can always find the right path."