Its been a while and this is definitely something I need to work on so lets see if I can catch up and tell all that I've been doing in the past few days. (I think its been 7 days since my last post). Well I've gotten a job and I start that tomorrow. Its at a factory and they will be giving me an orientation and telling me more details about the workplace and the job that I will be doing. This is good as my parent is going over seas before us for his job. So mostly what you've missed would be talk about family stuff and preparing for my new job, oh, and more yard work. But not all has been that simple of stuff, I've almost painted all of my army!

I've also bought 25 kroot carnivores with a shaper and 22 more fire warriors to buff my army. This would make my army:

I know it isn't the largest or most varied of armies but it still looks cool and I'm hoping it is fun to play with. I will post pictures one day... trust me. Also the people over at "advancedtautactica.com" enjoyed the custom unit I made. They are called sharpshooters and are supposed to fill the sniper role for the T'au but not relying on drone support like the Sniper drones. 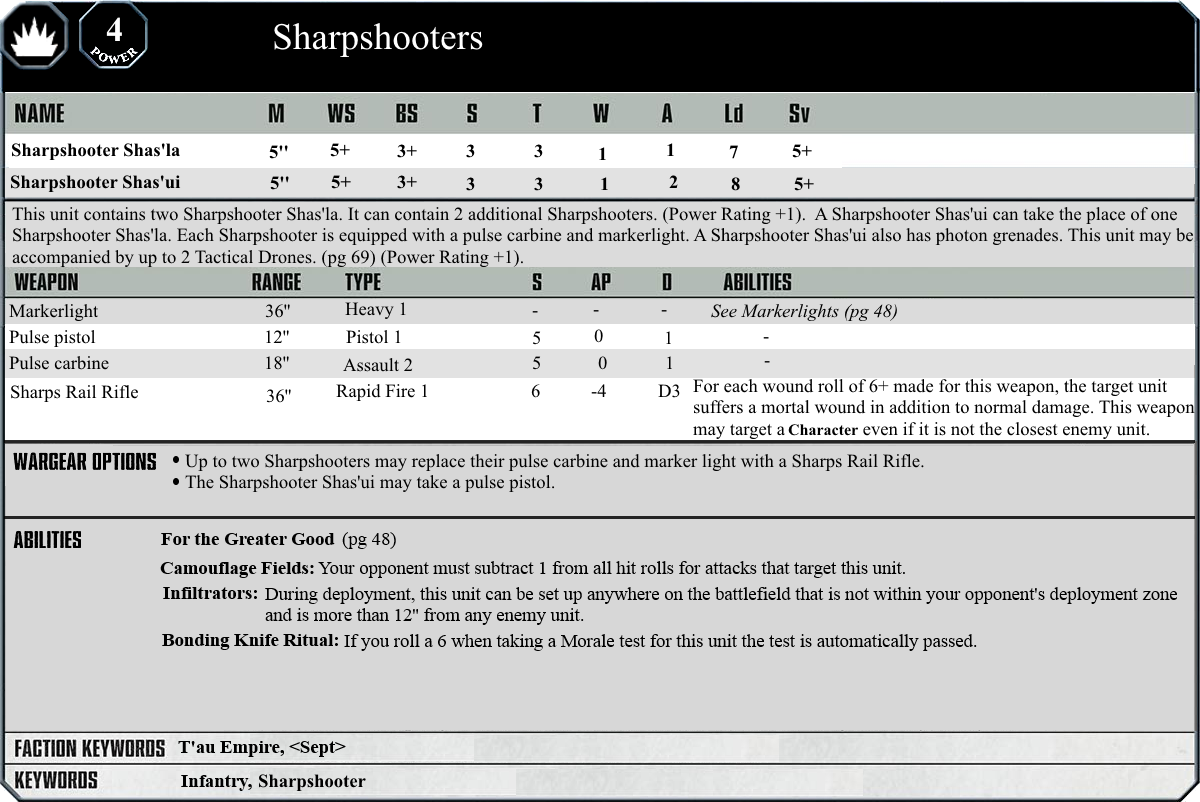 Hopefully it is balanced though people still keep on adjusting it but they are small things like the name of the rail rifle. :P

I have no clue what happened to my previous post. It lost all of its formatting but what I think happened was I was in HTML mode instead of compose mode of the blog.

Dreams are weird. I rarely remember dreams but when I do they are usually weird. Today mine was "about" me but it seemed like I was in college, in a library or computer lab studying with some people. Then I just got up and left them and wandered around the campus seeing other people do stuff. To me this is weird because right now I'm not going to college as I'm preparing for a trip overseas but I might be going to college if this trip wasn't happening. Maybe my brain is showing some alternate me in college? Maybe dream me wasn't enjoying it though most around him were? I have no clue. Also this blonde girl kept popping up in the dream trying to get me to study. I don't know.

Have you guys ever had a weird "premonition" dream or alternate universe kinda dream? Most of my dreams that I remember are like that. Where it shows me doing stuff I don't normally do, like parties drinking and various other things. The brain is cool since it can do that.

I know that few read this at this moment but those that do I hope you have a good day and return to read more thoughts,